Free Our Beaches by Efren Carillo 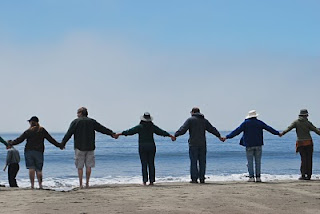 Free our beaches.  This has been a slogan in Sonoma County for well over 25 years.  State Parks launched an effort to charge for parking at our iconic beaches in the late 1980s, resulting in litigation and public protests throughout the early 90s.  Subsequently, economic conditions changed for the state budget and the plan to charge for parking was dropped.

In 2012, the California state legislature mandated that State Parks begin to search for ways to pay for its operations and wean itself off of the general fund - which in the past had funded up to 90% of State Parks operations and has been slashed over time.  This led to a renewed effort by State Parks to charge for parking at Sonoma County's beaches - and at other North Coast beach parking lots.
State Parks lost their bid to charge at beach parking lots at the local government level, and their appeal of their proposal will be heard before the California Coastal Commission on April 13th in Santa Rosa.  At this writing, the time has not been set, but it is expected to be heard in the afternoon at the Santa Rosa Veterans Memorial Building. 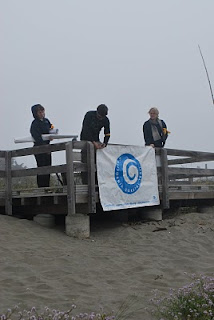 Let's be clear about one thing.  The people's right of access to their coastline is protected by our State Constitution (Constitution) and by the Coastal Act (Act) and the California Coastal Commission, which celebrates its 40th anniversary this year.  Both the Constitution and the Act contain provisions which require that our citizens enjoy "maximum public access" to the coastline.  Further, the Constitution mandates that the legislature give the most liberal construction to this provision of the Constitution.

In a rural area like Sonoma County - where our wild and beautiful coastline has been mostly preserved in its natural state and our population centered over 25 miles from our beaches - in order for most people to get to the beach, travel by car is a necessity.

"Free our Beaches" doesn't entirely describe the dilemma that State Parks faces - having to maintain access to the coastline at a cost which the Governor and Legislature has declined to support with general fund dollars.  Yet, the Constitutional and Act mandates for maximum access stand with clarity. 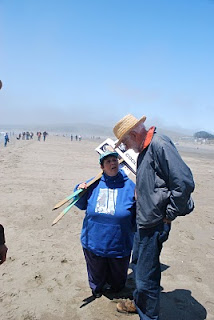 For Sonoma County, it comes down to defending the constitutionally protected rights of citizens to get to the beach.  This is a fight for our right to access the beach at Bodega Head (an irreplaceable Sonoma County icon), the Kortum trail at Shell Beach, the incredible beaches at Goat Rock, which are over 2 miles west and a steep route from Highway One, and Stump Beach, the only free parking access along our North Coast.

These locations offer little to the public but parking lots and access to amazing coastal areas.  Some have bathrooms, but none offer services or permanent staffing.  Allowing State Parks to charge for parking in these locations opens up the potential for similar parking lot charges up and down our State.  A similar proposal was denied by the city of Fort Bragg, and State Parks did not appeal the decision.  They will make their stand here in Sonoma County, and have publicly stated the urgency of this case so that they can begin to charge elsewhere.

Fee collection along the rural coast is not unheard of.  State Parks currently charges for access at 7 sites along our coast, (Bodega Dunes, Wrights Beach, Reef, Fort Ross, Gerstle Cove, Woodside, and Fisk Mill) and Sonoma County Regional Parks charges at Doran and Gualala Point.  The stark difference in the situation is that these are staffed parks with camping, programming and other amenities.  This is quite different than charging to park at a parking lot access point.

The County and the Wildlands Conservancy have both offered to manage parking areas along the coast for State Parks to reduce their costs and overhead.  Our offers have been ignored or rejected, and this appeal has marched on toward the April hearing. 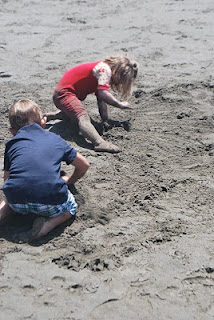 This is personal for me.  When I was five, our family of four moved to Sonoma County, where we lived in a one room apartment in Roseland.  Our family struggled to make ends meet, and had to make hard choices every day.  It is very unlikely that my parents could have found room in their budget for regular trips to the beach if parking lots charged a fee equivalent to what my dad made for an hour's work.  It was hard enough to pay for gas to get there.

We were lucky.  We enjoyed access to the coastline, the Russian River, redwoods and other natural wonders of Sonoma County.  I developed a love of nature that led me to pursue an environmental science degree and to now be in a position to form public policy and help protect open space in Sonoma County.

Children today deserve the same access to wonder and nature - no matter their family's income level.  It is their right, and the right of all citizens, no matter their economic status.  We need to preserve access for our citizens and for our future – or risk raising future generations who are disconnected from nature and lack the necessary passion for the continued preservation of our coast.

Please come to the Coastal Commission hearing on April 13th.  Bring your family, bring your friends.  Speak out about why these charges are unconstitutional, precedent setting, and completely wrong.
Posted by Gregory Fearon at 2:05 PM